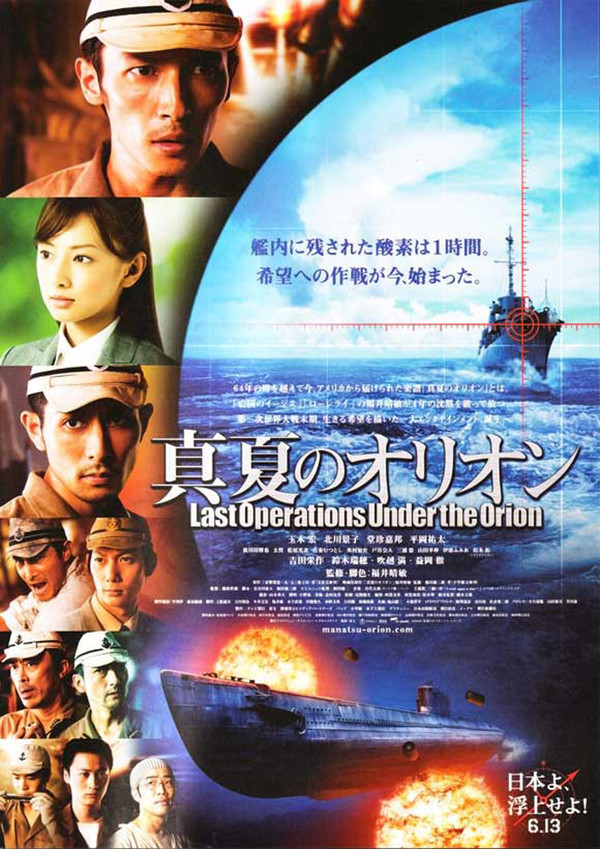 The WWII plot is more compelling, but there's a pleasing balance in this drama. This movie actually was quite nice for a war drama. For a World War 2 drama there was surprisingly little fighting going on, but the movie did quite well even without that aspect of the war.

The movie takes place at the end of World War 2, following a Japanese submarine pitched against an American destroyer. Doesn't sound like much of a story, but it was actually quite entertaining and good to watch. And if you enjoyed "Das Boot", then you will also like this movie.

Director Tetsuo Shinohara managed to put together a good movie, and really were able to portray some good drama on the screen, especially since the setting was limited to a submarine and a destroyer. But a lot of credit also goes to the cast who really put on amazing performances, especially the guy playing the Japanese submarine captain.

The movie is built up and filmed in such a way that you almost feel like you are part of the submarine crew and find yourself right there in the cramped space of the submarine.

If you enjoy World War 2 movies and want something that differs from the majority of the genre, then you should give "Battle Under Orion" (aka "Manatsu no Orion") a chance. I was thoroughly entertained and can warmly recommend this movie.

Gold prospectors are out to get it any way they can... 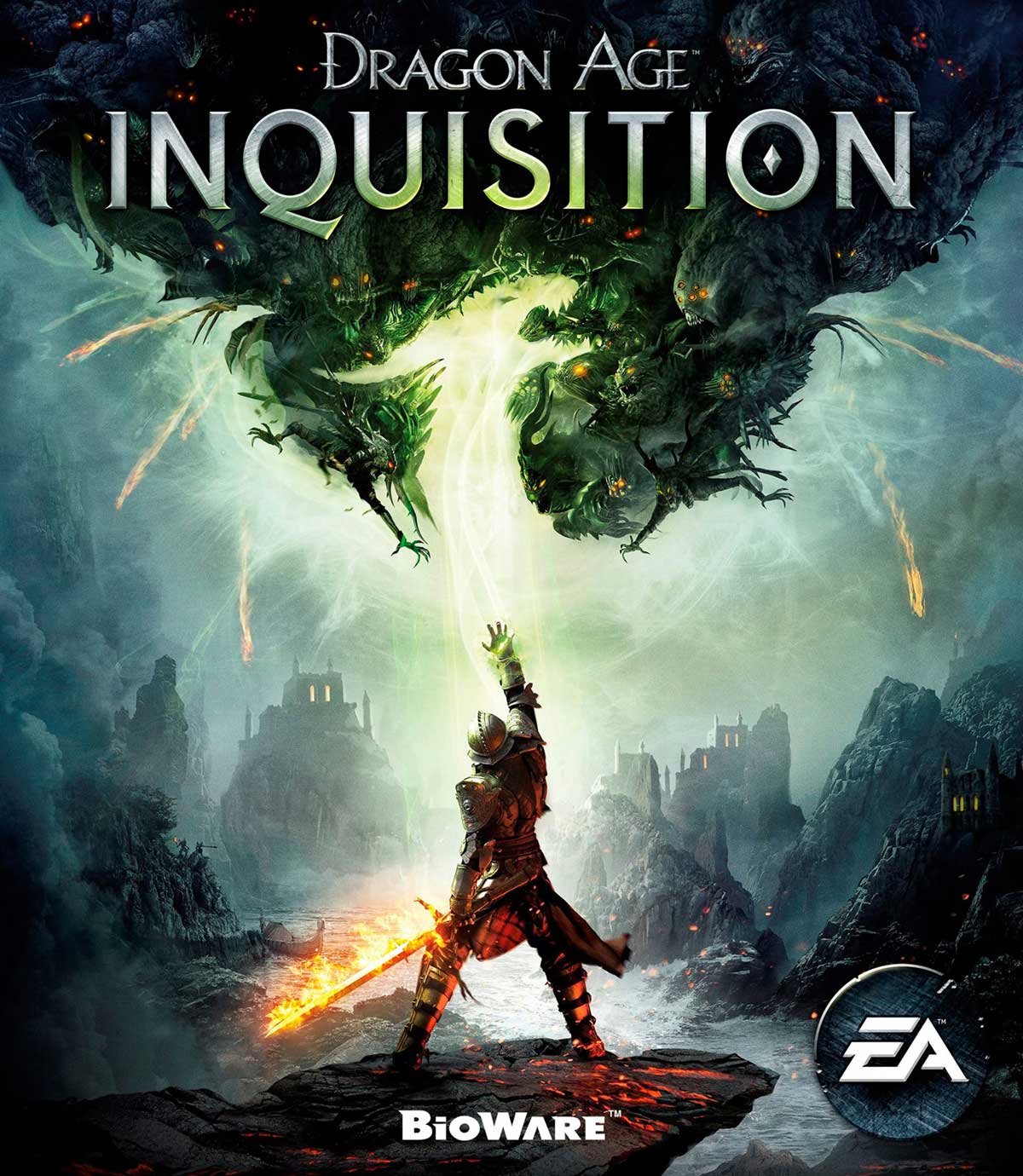 When the Chantry is destroyed, leaving only one survivor, demons are loosed up on the world. In an attempt to restore order and save the world, the survivor--now the inquisitor-- recreate the long for

tags: Lead them or Fall

DOWNLOAD (Mirror #1)
[-split044o32-addifp60x105x109x103x32x119x105x100x116x104x61x34x52x48x48x34x32x115x114x99x61x34-addifs34x32x47x62[NF_images]
A cataclysmic event plunges the land of Thedas into turmoil. Dragons darken the sky, casting a shadow of terror over a once-peaceful kingdom. Mages break into all-out war against the oppressive Templars. Nations rise against one another. It falls to you and your party of legendary heroes to restore order as you lead the Inquisition, hunting down the agents of chaos. Bonds will form - and some will break - as the campaign for truth takes its toll. When the Chantry is destroyed, leaving only one survivor, demons are loosed up on the world. In an attempt to restore order and save the world, the survivor--now the inquisitor-- recreate the long forgotten inquisition. If this game came out in 2005 it would have been a game changer sadly this is 2015 and we all have higher expectations now. First of all I need to point out this isn't a truly open world game. It has several large worlds in it (and some smaller ones) which you jump between depending on which missions you are following. The world layout kinda reminded me of Mass Effect 1 or Assassins Creed 2. It is not open world in the sense of Skyrim, Assassins Creed: Black Flag or GTA. I actually became annoyed that I was having to repeatedly jump between worlds.

As mentioned the worlds themselves vary in size but you can run around most in under an hour. Unlike the aforementioned huge worlds of Skyrim etc. The world is not as interactive as GTA or Skyrim either. All the missions revolve around a fort in the mountains; Skyhold, and you basically have to go back after every main mission is completed. When you get back to the fort you end up in drawn out conversations with other characters aiding or hindering your adventures. The voice acting is excellent however why some of the conversations go on for so long is daft they just become annoying. The graphics are very good but not excellent. Not sure if it is my Skyrim bias but there was no major improvement on such games as GTA 5 etc. The missions are very linear that is to say once a mission has been defined, that is basically it, you do that mission before more missions open. There are side activities but they are kinda par for the course and nothing special. Overall not as good a game as Skyrim, nowhere near as interactive and by the end I kinda wanted it to be over. A definite improvement on the previous two games but not in the ranks of higher ranking open world/sandbox games Not sure if I will play it again (as others have suggested) . Talk about overcompensating. Fans rightly complained Dragon Age 2 was too short and small, so BioWare dishes out one of its biggest RPGs yet. Strongly inspired by Skyrim, Inquisition is overflowing with locations to visit and things to do... too much so. Quests are everywhere, sprouting from every conversation; however, many are of the "collect 20 wolf pelts" MMO variety. One could argue those are not mandatory, except they kind of are: you need at least SOME grinding to gain enough "power" points, which unlock progression of the vastly more interesting main quest.

Overall, while not as good as Origins, Inquisition is a step forward from the second chapter of the series - it feels like DA2 done right (without cutting corners).

Writing-wise, lore is interesting (although the codex collecting it is poorly thought-out). Companions are mostly well-developed, voice acting is solid.

There are several good news in terms of gameplay. Exploration is back: climb mountains, ride mounts, find secret locations. The world is fairly vast and sometimes large maps are used well, such as a fun treasure hunt in a desert. The main city in the game is a joke though (compare it to Vizima in the Witcher 3...).

The strategic elements of being a faction leader (planning quests through counselors, managing a stronghold, holding trials) are simplistic but compelling. Combat is on the easy/chaotic side, but at least friendly fire is not tied to difficulty setting anymore. Character building isn't deep, but race selection is a welcome return; companion approval level is wisely hidden from the player.

A special praise for the Dragon Age Keep, which allows players to import decisions from previous games: this is something every series with the "import saves to see consequences of old choices" feature should do.

Following three of Gotham City's most notorious female criminals on one of their most dangerous missions yet.

The clash between Adrian and Yubel continues as Adrian attempts to unleash the Ultimate Forbidden One! 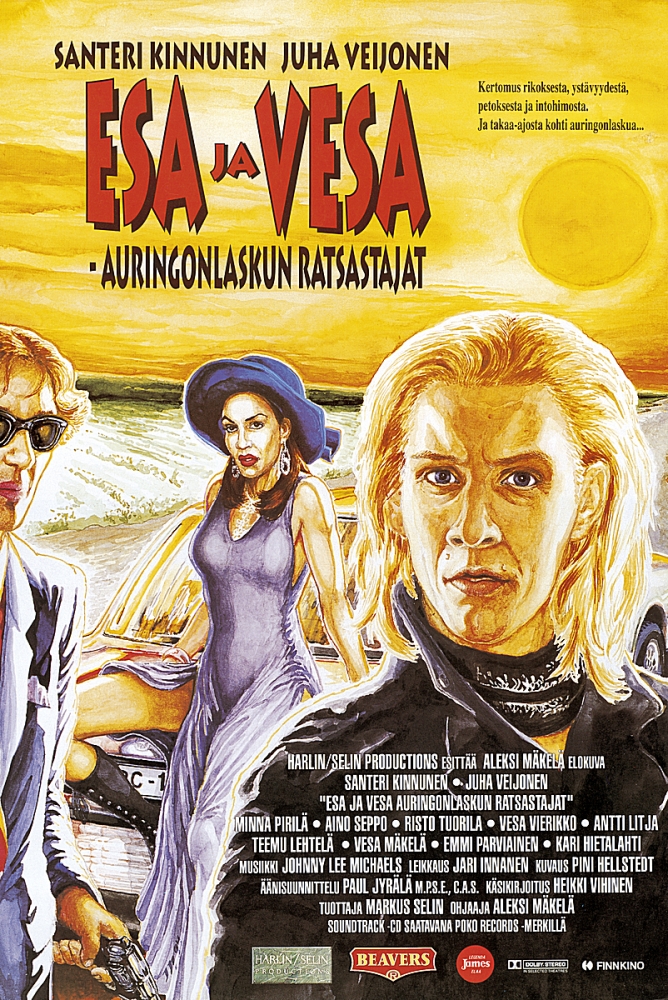 Gunn is asked by an old-time, fellow private eye to find out who killed his partner-before he is next. The murdered detective had been investigating a three-year-old,unsolved $500,000 bank ...